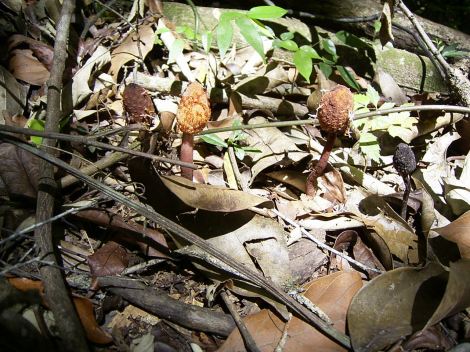 Helosis cayennensis is a member of the plant family Balanophoraceae.  The species is a root parasite in moist forests in the tropics.  As in many parasitic plants, it has no chlorophyll. Most of their life is spent underground, but they occasionally produce what resembles a mushroom and is called a tuber.  Its life form is analogous to the mycelium of a fungus with its occasional, obvious above ground reproductive mushroom.

These tubers were found about half way up the trail, and they have not been seen since.