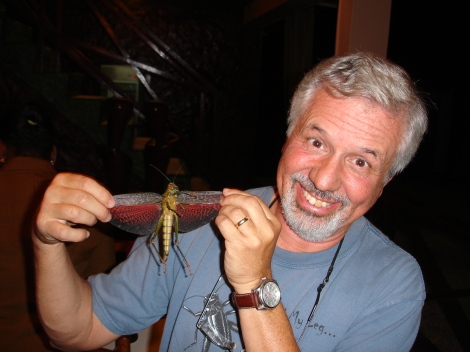 Ray Mendez, principal of Work As Play, is one of the best invertebrate exhibit designers.  He was formerly with the American Museum of Natural History in his native New York City, and now resides near Portal, Arizona.  Ray has taught us most of what we know about tropical insects.  He has served on the board of the Asa Wright Nature Centre for several decades.