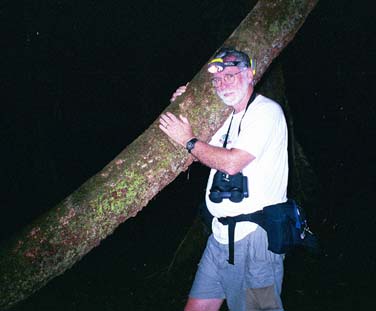 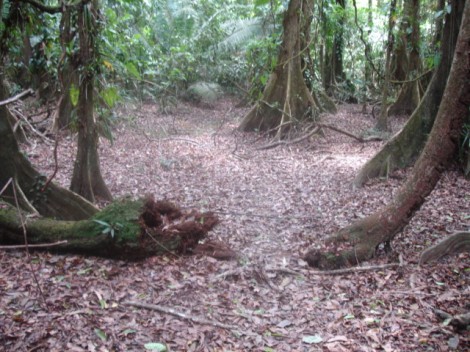 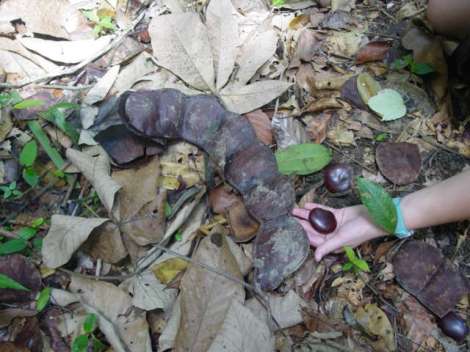 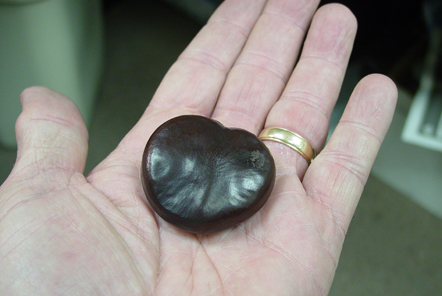 We frequently find beach heart seeds on beaches in the Gulf of Mexico, Trinidad, the Galapagos, etc.  They are sold in gift shops along most U.S. beaches.  As in many of the seeds that float around the world in ocean currents, beach hearts begin their life in rainforests of Latin America.  The vines that produce them lace through the canopy, produce huge seed pods, drop seeds to the ground, many of the seeds float into creeks that reach rivers then the Caribbean, where they are captured by the currents.

This species produces the largest seed pods of the Fabaceae – up to 2 m long.

Note the incredible size of the Entada gigas vine that we first saw in the Kaway Swamp in 1994.  Hundreds of our students have photos taken beside and on that vine, and I’m sure thousands of others have as well.  During 2003 and 2004, the vine developed the huge growth shown above.  By 2006, it was broken, and by 2010 it was totally gone.

We continue to stop and tell this story to our students.  The vine still lives in the canopy of Kaway Swamp, but our huge friend is gone.