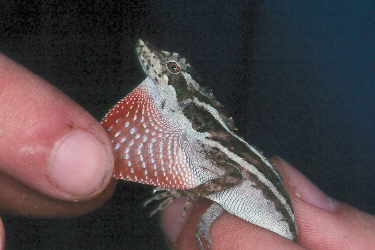 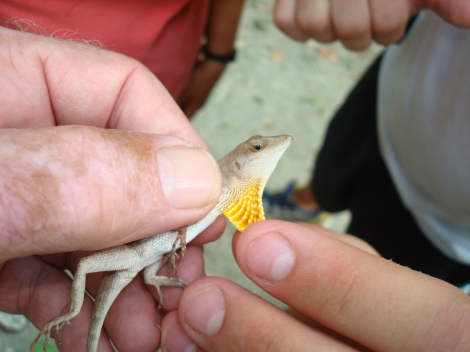 Tropical lizards of the genera Norops and Anolis (and others) have a flap on their throats that can be extended by muscles moving the hyoid bones/cartilages down, thus pushing the skin downward and producing a “dewlap.”

Since this is important in intraspecific communication (usually territorial, but mating rituals, too), it is imperative that lizards know who is whom.  In areas with good diversity of species, there will be differences in size, shape, and color of dewlaps.  Showing the dewlap is often coupled with bobbing of the head, and/or push-ups using the legs.